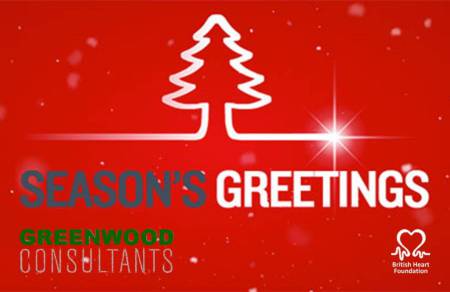 Beat the queue ... if you would like to join Team Greenwood for the 2015 BHF London to Brighton event, which takes place on Sunday 21st June, please contact us in early January and we will send you a priority invitation.  See event details on the BHF website.

Another big 'thank you' to everyone who sponsored Team Greenwood to ride from London to Brighton for the British Heart Foundation this year.  We have just been told that we raised £330 (not including Gift Aid) toward reducing the number-one cause of premature male death. More on our Social Responsibility page.

Apologies for the delayed feedback this year, there seemed to be some difficulty in tracking down the donations made, on behalf of the team, via the various fund-raising routes.

We recently attended the SmartRail-Asia Congress and Expo, at BITEC in Bangkok, in order to review the renewed development of the rail sector in South-East Asia.

As AEC approaches, we believe that it will only be practicable to link Kunming to Singapore, via the national capitals of the region, if a strategic collaborative approach is taken - in place of the usual piecemeal national approaches.

We were pleased to support Neil Carruthers, Principle Consultant of the Institute for Collaborative Working, in delivering a key note presentation to the Congress on 'Learning from Collaboration and Standards in the UK to Produce an Effective Rail Network in Asia'.

See the organisers write-up of the event at GTF and the our Twitter feed at GCT.  We look forward to next year's event, which will be held on 25th to 27th November 2015.  See SmartRail.

Hope to see you at the Homes conference, at Olympia, this week.  Homes.

Our Khun Varangsri will be attending SmartRail-Asia, at BITEC in Bangkok.  Please contact us if you would like to meet her.  See SmartRail.

Who are we dealing with?  Where are they?  Can we rely on them?

BSI has launched the first global risk management standard for supply chains, in order to help improve the transparency and reduce the risks inherant in global supply-chains.

The design and much of the content of the specification is based upon the principles of PAS 91:2013 Construction Pre-Qualification Questionnaires, which has been widely and successfully adopted in the UK since its launch in March 2013.

We Support the Development of ISO 45001

We were delighted to be able to attend a BSI HS/1 Committee meeting, at Southampton Solent University, and to be able to contribute to the Working Draft of the new ISO 45001 'Occupational Health and Safety Management Systems' standard.

Constructing Excellence will be holding its Annual Convention and Awards at the Tower Hotel, in London - on Friday 14th November.  Hope to see you there.  See CE.

Glenigan will re-launch the annual construction KPIs report on Thursday 13th November, at the BIS Conference Centre in London.  The report, which is published in association with the Constructing Excellence, the CITB and BIS, will include data from both 2012 and 2013.

Whilst it is intriguing to look in the rear-view mirror, to find out how well (or not) our industry made it through the recession, the reports provide a vital platform enabling us to help our clients benchmark their current projects and understand "how are we doing, compared to the rest of the industry?"

We took part in our first Cycletta womens' cycling event, helping to raise money for Macmillan.  The day started with a chilly mist hanging over the Loseley Park, near Godalming.  However, after a motivational talk from Victoria Pendleton, the sun started to appear and the team enjoyed an invigorating ride round the Surrey Hills, in aid of a good cause.  Looking forward to finding out how much was raised.  A date for the diary next year?  See Cycletta.

Constructing Excellence
and the Construction Industry Development Board Malaysia

We were delighted to welcome a delegation from the Construction Industry Development Board Malaysia (CIDB(M)) to Constructing Excellence's (CE's) offices in London, on Tuesday 30th September 2015. 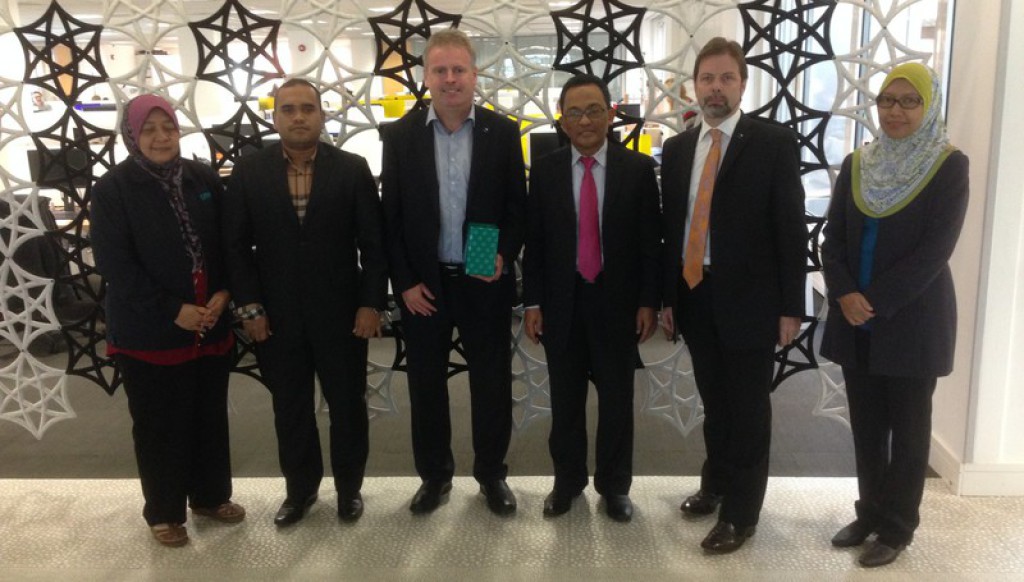 Paul Greenwood will be back back in Malaysia and Thailand again shortly, visiting industry bodies, clients, consultants and contractors, promoting collaborative business relationships, including ISO/BS 11000, and management systems.  You may wish to follow him on Twitter at: @GreenwoodC_MY @GreenwoodC_TH

Paul Greenwood has been invited to join the UK delegation to ISO Project Committee 286, which is reviewing the new draft international standard for collaborative working - ISO 11000 'Collaborative Business Relationships - Framework'.

Each of the national committees received the initial working draft of the standard earlier in the year.  See our June 2014 News item which describes early developments and lists member countries.

The initial working draft of the standard is based upon BS 11000, extensively reworked around ISO's universal requirements for management systems, aka 'Annex SL', plus significant expert and user feedback.

Each national committee has now reviewed the working draft and tabled its comments.  The various comments are currently being collated by the secretariat, provided by BSI, and will be distributed to delegation members, before the ISO/PC 286 meeting at the end of the month.  We suspect that the copious structural and technically detailed comments produced by UK committee SVS/1/4 are likely to identify the majority of the opportunities for improvement of the initial working draft.

The UK delegation to ISO/PC 286 consists of seven members from across industry, led by David Hawkins, the Knowledge Architect of the Institute for Collaborative Working, who developed the CRAFT model upon which BS 11000, and now  ISO 11000 , is based.  Members' credentials for membership include: Government and industry body representation, major client and design/contracting experience of certification to BS 11000, certification bodies' representation and consultancy expertise.

We have been invited to join the UK delegation attending the ISO Project Committee reviewing the new draft international standard for collaborative working - ISO 11000.  See our News page.

Collaboration - Just Another Fad
- Or a Framework for Success?

Our Paul Greenwood presented a seminar on collaboration for the executives and staff of the CQI, today.

The first job of the committee will be to review the initial working draft of this standard, prior to its submission to ISO Project Committee 286.

BSI first announced the development of ISO 11000 in November last year, indicating that work would begin in the new year.  The first meeting of ISO/PC 286 was held on 19th February 2014.  Unfortunately, the Project Committee was only able to secure participation from four ISO member countries - a minimum of five is required.  Thus, work on the new standard could not proceed.

Participation in ISO/PC 286 has now been pledged by Austria, China, Italy, Malaysia and the UK.  BSI UK provides the secretariat for the Project Committee, which will now hold its first quorate meeting in September.

We have been invited to join BSI's 'mirror committee' reviewing the new draft international standard for collaborative working - ISO 11000.  See our News page.

We had a great day out riding to Brighton again this year, helping to raise money and reduce the scourge of cardiovascular disease!

There is still time for you to help the BHF by donating ...

We will be riding to Brighton again this year, to help raise money and reduce the scourge of cardiovascular disease!

Please sponsor our ride and help us save lives by donating ...

We will be taking part again in the annual AECOM 100 cycle ride, in Cambridge, on Sunday 11th May, which raises funds for RedR and Addenbrooke's Charitable Trust.  Please support their work at: justgiving.com/RedR and justgiving.com/ACT.

An excellent meeting yesterday, at Filton, establishing the objectives and scope for the new BIM4Housing Group, facilitated by Constructing Excellence in the South-West.  The Group aims to adopt some of the structures and strategies of the other BIM4... groups, such as BIM4Manufacturing and BIM4Water, which are doing so much to promote the awareness and investment in BIM in their sectors.

A New Model for Collaboration

Our presentation to LCEC's April 2014 meeting, reviews the Constructing Excellence model for collaboration, introduces BS 11000 and outlines its themes, benefits and application.

See our Knowledge Bank or Slideshare.

A New Model for Collaboration

Paul Greenwood will be reviewing the Constructing Excellence model for collaboration and introducing BS 11000 at LCEC's April meeting at the Capital Club, near Bank UG. He will cover the framework's eight stages, and its themes, benefits and application.

The standard for quality management systems is currently under revision.  A draft (DIS) will be published later this month, with the final standard expected in late-2015.   BSI has produced a whitepaper explaining the history and future of this standard. BSI

Links to presentations are available at UKTI.

Paul Greenwood will be visiting construction and service organisations in Singapore, Malaysia and Thailand, promoting collaborative business and project relationships, including BS 11000, and management systems.

A Busy Week at EcoBuild and CIH SE

Hope to see you at the EcoBuild exhibition/conference, at ExCeL, or at the Chartered Institute of Housing South East Conference, in Brighton, this week.

We will shortly be raising the profile of collaboration by supporting the UK Trade and Investment Smart Cities mission in Malaysia and Thailand.  See the flyer.

OHSAS 18001 was originally produced by an industry consortium and, although it was used internationally, OHSAS 18001 was not an International Standard.  ISO (the International Organisation for Standardisation) has now set up a Project Committee (ISO/PC 283) to devise such a standard, ISO 45001, which is planned for issue in 2016.   BSI has produced a whitepaper explaining the revision process. BSI

The HSE have issued a completely new version of HSG65 'Managing for Health and Safety', which is based upon the Deming PDCA loop and is now compatible with common international standards, eg ISO 9001, ISO 14001 and OHSAS 18001.  A download of the new  guide is available on the HSE website HSG65.

This information was first released online, on 1st August 2013, on the HSE's micro-site on good management.

HSG65 is accompanied by a self-explanatory leaflet INDG275 'Plan, Do, Check, Act: An introduction to managing for health and safety'.  A dowload of the leaflet is available on the HSE website INDG275.

This is the third version of HSG65, which was originally released in 1997 and based on the POPIMAR framework.

Launch of the BIM Forum for the Housing Sector

Following our facilitation of a Housing Strategy Workshop, for Constructing Excellence, in 2012, we are pleased to be supporting the new BIM for Housing forum, which was formed at BRE today. The forum, to be run under the auspices of Constructing Excellence in the South-West (CESW), aims to help raise awareness of and investment in BIM, in the housing sector.

The latest PPC/TPC Newsletter includes our article on 'BS 11000 and the Link to PPC 2000', which introduces BS 11000 and describes its compatibility with the PPC/TPC series of contracts.  See our Knowledge Bank for a copy.  See also a similar presentation on SlideShare.

Best wishes for a happy, decisive and prosperous New Year.