Best wishes for Christmas and the New Year.

We will re-open on Thursday 2nd January. 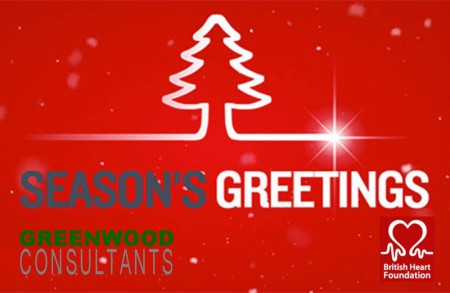 We Have Entered Again ...

Our Paul G has entered the BHF London to Brighton again.  We will shortly be sending out invitations to join Team Greenwood for the ride.  If you would like to join us, please email us at GC.

ISO 9001 will be revised and re-issued in 2015. BSI have produced a webinar explaining the revision process and how it may affect your business. BSI

Hope to see you at the CE Christmas Reception at the House of Commons on Thursday.

Blowing the Whistle on Collaboration

A great reception for our Paul G at the BCU/CQI conference on whistle-blowing, corruption and collaboration.  Speakers, below. 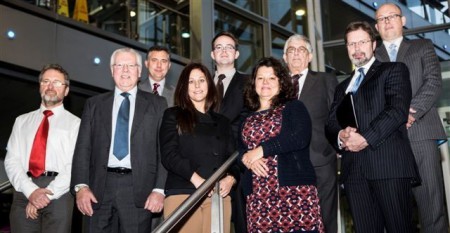 BSI has just announced that work to develop the new International Standard for Collaborative Business Relationships will commence in February 2014. BSI

Blowing the Whistle on Collaboration

Our Paul G will be speaking at a joint BCU/CQI conference.  The conference covers whistle-blowing, corruption and collaboration.  Hope to see you there.

A great day out at the annual Convention and Awards at the Tower Hotel in London. 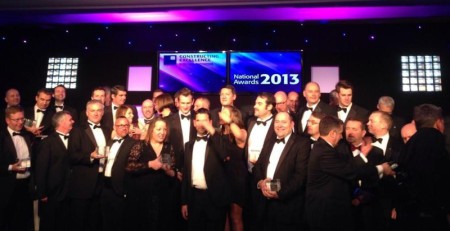 Hope to see you at the annual Convention and Awards at the Tower Hotel, in London, on Friday.

Great reception from the Exec MBA class for our introduction to collaborative business relationships with clients, competitors and supply-chains. 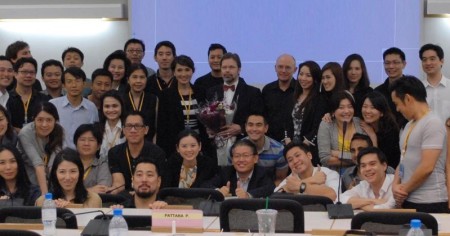 Excellent feedback for our first professional training modules, in Malaysia with the RISM, nurturing knowledge, motivation and skills for collaboration.

Another big thank you to everyone who sponsored Team Greenwood to ride from London to Brighton for the British Heart Foundation this year.  We have just been told that we raised £1002 (not including Gift Aid) toward reducing the number-one cause of premature male death. More on our Social Responsibility page. 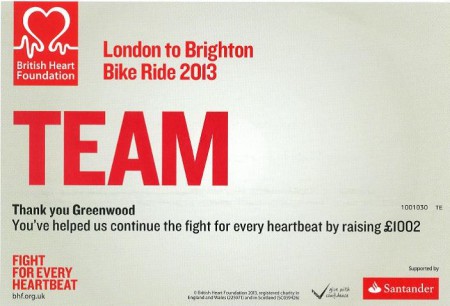 The UK Industry Health & Safety Statistics for 2012-2013 have been published by the UK Health and Safety Executive.  See HSE H&S Statistics.

Copies of 'all industry' reports and breakdowns of 'construction industry' statistics, are also available on our Knowledge page.

A new international standard, ISO 37500 'Guidance on Outsourcing', will be released shortly.

Places now available for our public training modules: 'Introduction to Partnering' and 'Building Successful Collaborative Business & Project Relationships', which is based upon BS 11000. Please book via the RISM website.

See our recent presentation, to the ACA PPC/TPC Steering Group, which introduces BS 11000 'Collaborative Business Relationships' and shows its compatibility with the PPC/TPC series of contracts. SlideShare

You may submit comments on the draft via BSI's DRS 9001 or via the CQI's SurveyMonkey - by early-August 2013.

THANK YOU
... for Helping Us to Save Lives

A big thank you to all our clients and colleagues who sponsored us to ride to Brighton this year. We will let you know how much we raised as soon as we are notified.

If you did not sponsor us - its not too late - just click justgiving.com﻿

The winners of the Constructing Excellence London & South-East Awards were announced this evening at a gala dinner at Church House in Westminster. Details of the winning businesses and projects have been published by SECBE.  Brochure

Help Us Save Lives

We will be riding to Brighton again this year, to help raise money and reduce the scourge the number-one cause of premature male death - it can kill women too!

Please sponsor our ride and help us save lives by donating at justgiving.com﻿

We are taking part again in the annual AECOM 100 cycle ride, in Cambridge, on Sunday 12th May, which raises funds for RedR and Addenbrooke's Charitable Trust.  Please support their work at: justgiving.com/RedR and justgiving.com/ACT.

We are now providing a range of business development services to an SME housing contractor.

Constructing Excellence in the SE

Our Managing Director, Paul Greenwood, is a judge for these robust and desirable awards. The winners will be announced at a Gala Dinner, at Church House, on 20th June.  Awards

Our Paul Greenwood has been

co-opted as a member of the

Committee of the London

Hope to see you at the Chartered Institute of Housing South-East Conference, in Brighton, on 6th March.

Hope to see you at the EcoBuild exhibition/conference, at ExCeL, on 5th March.

We are now providing process management services, for a major property services project, to an operational services provider.

We are proud to have been accepted as an Ambassador for Excellence by London Excellence. We are looking forward to learning from and contributing to the Excellence community.

Please join us in supporting the Building News GREEN FOR GROWTH campaign, that is trying to persuade the Government to stimulate green construction.  We are the 23rd company to support the campaign.

Best wishes for a happy, decisive and prosperous New Year.  Our office re-opens on 3rd January.